This season had many days of great skiing – but also days when conditions weren’t as good as we’d hope to be able to provide. We were challenged by difficult snow conditions in yo-yo-ing temperatures (50° rain followed by a foot-plus of snow – twice!), equipment breakdowns, and competing demands for the time and effort of our volunteer and not-paid-as-much-as-a-real-job groomers. Thank you to our members whose feedback has been overwhelmingly understanding of these challenges and supportive of our groomers’ efforts. However, or goal is to improve where we can and the RXCSF board is looking at the challenges we face at each park to come up with solutions to make ski conditions as good and consistent as possible. Here’s a rundown on each of the parks:

Groomer Matt C had to rely exclusively on the Track Truck for grooming this season, after the preseason demise of the 2 other county-owned grooming machines at the park (the tracked ATV and old snowmobile, which had been his workhorses for packing and track-setting in recent years). He did great work with it for most of the winter- before the ridiculous February thaw he had groomed out the nicest North Meadow skate lanes that we’ve seen in the last couple decades, and around the holidays the trails were good enough to entice 2018 Olympic biathlete Claire Egan to stick around for a post-Christmas interval workout instead heading back to train in Lake Placid. South Meadow, Stewart-to-Rugby, and parts of East Esker were beautiful when snow was adequate, though the truck is too heavy for bridges on the Quaker Pond trails and could not groom there. Unfortunately the Track Truck is no stranger to mid-winter breakdowns – a busted drive shaft during our early March snow dump left Matt without a groomer (and skiers looking wistfully at the deep snow) until the backup sled was brought in and grooming could catch up with the snowfall. What’s new for next season: The Track Truck is back in business and the County is replacing the ATV. Perhaps most importantly, RXCSF has revised the working agreement with the Parks Department that has constrained us at times in the past – we can now bring in additional RXCSF grooming equipment and groomers to help Matt (a Parks employee whose grooming efforts are paid by RXCSF) when needed. This should allow us to better cover the the whole trail system, set classic track more regularly, and more efficiently devote RXCSF resources to the park that is our most heavily-used when there’s snow.

HH is challenging and time-intensive to groom due to its remote location, heavy snowfall, and rugged trail network. But with the most reliable snow in our area, it’s the mecca for skiers with a variety of interests – from skiers looking for wide skate lanes and bomber classic track, to deep-powder classic enthusiasts, to off-trail tree-dodging downhill adrenaline junkies – and to the ski patrollers who hope to not have to cart any of them away. It’s a ton of work to try to accommodate everyone, and our volunteers have offered as much as they could but have not been able to devote the sheer volume of time and effort that we had been used to in the era of Fred the Groomer (who retired from RXCSF grooming 2 years ago though remains with us in spirit and social media). Harriet had some gorgeous days of classic skiing this year, though maintaining most trails for good skating has been a challenge. The phenomenal snow that lasted through the end of March (and reappeared for a few days in late April) reminded us how important Harriet is for skiing in our area. What’s new for next season: We are pursuing plans to make grooming there more efficient, with a core set of trails groomed for skate and classic (and, ultimately, widened enough to accommodate both) and others that will be maintained primarily for classic. We are planning to recruit additional groomers, and the RXCSF board has approved purchase of a new snowmobile (more powerful and with better traction) that should make grooming easier. The state parks department has invested considerably in enlarging the parking lot at Harriet, and we are beginning discussions about further improvements to the ski trails as well as a structure to house the grooming equipment that will make it easier for our groomers to access (with the current set-up, this too often requires 2 people).

There were several stretches this winter when there was plenty of snow on the ground but we were not allowed to groom – since Monroe County took back control of the golf courses 3 years ago, they are increasingly focused on restoring the golfing conditions and have been concerned about damage from grooming machines when there is not enough snow for a buffer. RXCSF has had constructive meetings with the parks department to discuss grooming ground rules, and we are working to agree on specific trail layouts that will minimize impact to the golf course and irrigation system. We are also planning to expand grooming on the west side of the park, off the golf course, where we will have more grooming flexibility in low snow conditions. In addition, the purchase of a new snowmobile for Harriet Hollister will allow us to move a newer sled to Durand to alleviate some mechanical issues that limited grooming this season.

Good news! The County Parks Department has agreed to expand the trail network there, more to come on that soon.

This was a trial season for Apple Farm skiing. We moved our backup grooming equipment there so that trails could be prepared when conditions were right – and we had a few great days of skiing with some fun terrain and hot cider and doughnuts at the end! However, wind exposure and drifting made the snow coverage inconsistent, and it became clear that it would require significant investment to develop the Apple Farm in to a ski center that would improve on what we currently have at our public parks. This is difficult to justify in the current climate of uncertainty, and we are putting further Apple Farm plans on hold so that we can focus our resources on improved grooming at our established parks.

While this is a private venture independent of RXCSF, Bristol’s snowmaking capabilities have been a lifeline for local skiers during each season in recent memory. Without reliable skiing to support youth and high school racing (not to mention the adult skinny-ski junkies who need to ski anywhere, anytime), nordic skiing in our area would not be viable for long. RXCSF has begun working with Bristol to help increase engagement with more of the local skiing community, and help them to improve on the nordic skiing they’re able to offer us. More on this to come. 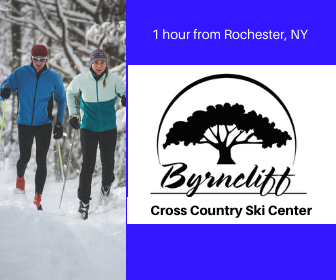 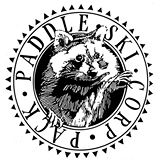 Become a today to see the Trail Conditions page.

Thanks to the following people for allowing us to feature their photography on our site:
Dan Judd, RXCSF Member, and
© Photo provided by Sheridan Vincent